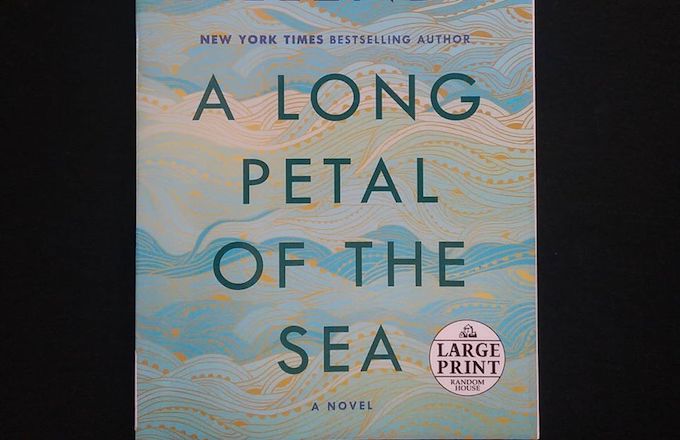 A Warm Afternoon with Isabel Allende

12+   Walking my dog one warm afternoon in January, I heard The Book Show podcast interview with Isabel Allende. The next day I saw her latest novel, A Long Petal of the Sea, in my local library. It seemed serendipity. More so, as published in 2020, it would be my first book of the new year and decade.

A Long Petal of the Sea is the story of Roser and Victor, forced to flee Spain after Franco's Fascists' victory in the bloody Spanish Civil War. They are initially interned in a French concentration camp before embarking on the SS Winnipeg with two thousand other refugees for a second chance in Chile. The couple settle and lead happy and productive lives in their adopted country. But history repeats itself when General Pinochet overthrows Salvador Allende. And once again, they are forced into exile, this time to Venezuela.

Isabell Allende is an internationally acclaimed, award-winning writer. Allende has published twenty works of fiction and four nonfiction in a career spanning almost forty years. In addition, she has been called "the world's most widely read Spanish-language author" (Latin American Herald Tribune).

Allende draws on her life and historical events in her writing. Born in Peru and raised in Chile, like the protagonists in her novel, Allende fled Chile for Venezuela when Pinochet came to power. There she met fellow exile Victor Pey. And from him, Allende learned the story of the Winnipeg, chartered by the Nobel Prize-winning Chilean poet and diplomat Pablo Neruda, and its cargo of Spanish migrants.

A Long Petal of the Sea takes its name from a poem by Neruda, in which he describes Chile as:

A long petal of sea and wine ... with a belt of black and white foam. 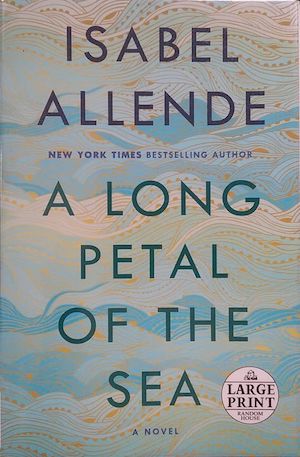 Almost forty years later, Allende wrote of her conversation with Pey in the novel's acknowledgements:

In those days I wasn't a writer and didn't imagine I would become one, but the story of that boat stayed in my memory. This is a novel, but the events and historical individuals are real. The characters are fictional, inspired by people I've known. I have had to imagine very little, because as I was doing the exhaustive research I carry out for each novel, I found I had more than enough material. This book wrote itself, as if it had been dictated to me.

A Long Petal of the Sea was my first book of the new year and decade and the first novel I'd read by Allende. I enjoyed her narrative style and dialogue, depth of detail on the events in the story and portraits of Roser and Victor, and the supporting characters woven through their long lives.

However, aspects of the novel left me dispirited. It highlights the ideological and physical gulf between the right and left and rich and poor, the demonising of refugees, and the absolute power of authoritarian strongmen. And sadly, as with 1930s Europe and 1970s Latin America, the novel serves as a warning for us today of history repeating itself today.

I look forward to reading more of Allende's works. And having returned A Long Petal of the Sea to the library, I loaned her debut novel, The House of the Spirits (1982). And this could be the beginning of a beautiful writer-reader relationship.

All thanks to walking my dog on a warm afternoon with Isabel Allende on The Book Show podcast.