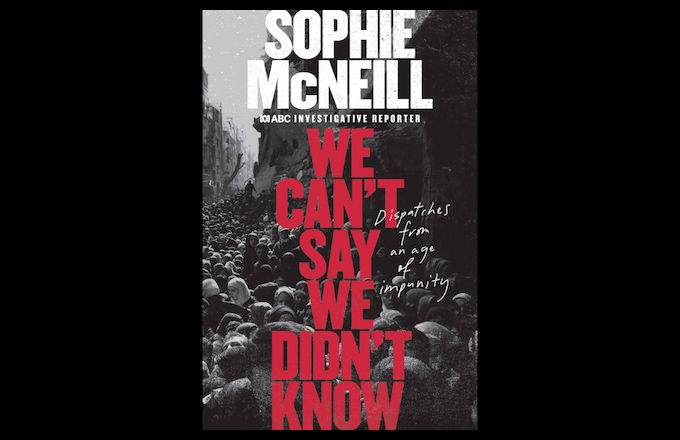 12+   Former Middle East correspondent, Sophie McNeill, appeared on a recent Late Night Live to talk about her new book, We Can't Say We Didn't Know (ABC Books, 2020). McNeill despairs at the world's mute response to the atrocities committed in Syria and elsewhere and that we seem to be living in an age of impunity for those who wage war.

My wife and I spent ten days in Syria on an overland adventure from England to Australia in 1995. We travelled independently by bus, taxi and dolmus (minibus), stayed in small tourist hotels and ate in local restaurants. And we visited places like Aleppo, Hama, Homs, Palmyra and Damascus.

These towns and cities are synonymous with atrocities carried out by the Assad regime, ISIS and other internal and external combatants since the outbreak of civil unrest and war in Syria, following the short-lived Arab Spring of 2011. The death and destruction associated with them have been widely reported — from the very beginning!

Look the Other Way

As McNeill eloquently writes in the introduction to her book:

We can't look back at what's happening now across this region and say we didn't know. The spread of information now is very different to the days of genocide in Rwanda, ethnic cleansing in the Balkans or the final stages of the Sri Lankan civil war. We have reached a point where the public can now know what is happening — how many are being killed, where and by whom. There was nothing we didn't tell you about Syria — that war is certainly the most reported conflict in world history. When journalists couldn't access sites, the evidence was clear from satellites and mobile phone footage filmed by the brave Syrians who chose to stay behind. In many cases war crimes were live-tweeted — you could watch them streamed live on YouTube. Sometimes they even went viral.

And yet, as McNeill later laments, "the world has chosen to look the other way". 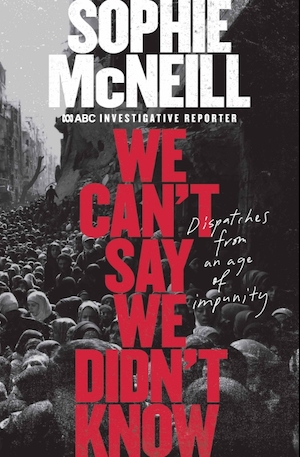 A Tailor in Damascus

Before travelling to Syria, I had preconceptions about the country former US Secretary of State Alexander Haig once described as the world's worst state sponsor of terrorism. And my wife and I had difficulties along the way. Men leered at her, crowds growled at us on footpaths, and we were ripped off again and again by tourist touts and food vendors.

But in Damascus, I met a tailor, with whom I shared Fantas and conversations about his family and hopes for the future over several visits to his shop. When we said goodbye on my last visit, he asked me to tell the world, "Syrians love peace".

Since the outbreak of the civil war in Syria, I've had cause to reflect on my distant travels. When Aleppo, Hama, Homs, Palmyra and Damascus make the headlines, I pay attention to the details. When vision of Syrian refugees in overflowing camps or on overcrowded boats appears on the news, I think of that tailor and his family.

I have meant to write about my brief encounter with Syria for many years. Hearing McNeill on Late Night Live spurred me to buy her book. And reading it inspired me to start writing a (work-in-progress) piece for Tall And True based on my travel journal.

Reading my journal entries has reminded me that, despite the "difficulties", I met open and friendly people in Syria, like the tailor in Damascus. And it's sad to think that due to the world's indifference, many may have lost everything, including their lives.

Because as McNeill asserted passionately on Late Night Live and wrote in her eponymous book, we can't say we didn't know.