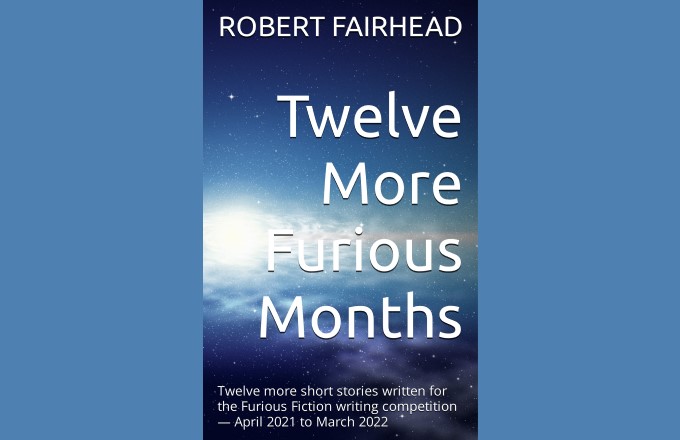 12+   In September 2022, I published my second collection of Furious Fiction short stories, Twelve More Furious Months. As with my first collection, the stories are presented chronologically, from The Lucky Country (April 2021) to Stuck in Time (March 2022). And include writer insights and podcast episode links.

I entered my first Furious Fiction writing competition in April 2020. Run by the Australian Writers' Centre, I had 55 hours to write a 500-word short story based on a brief. And the timing was perfect because it fell on the first weekend of COVID-19 lockdown in Sydney.

From April 2020 to March 2021, I wrote and submitted twelve Furious Fictions, sharing the short stories on the Tall And True writers' website and narrating them for my Tall And True Short Reads storytelling podcast.

I didn't win the monthly competitions, but I became addicted to them! And in 2021, I released Twelve Furious Months, an eBook collection with twelve of my Furious Fictions, including insights into how I wrote the short stories and links to them as podcast episodes.

At the same time, I continued to submit Furious Fictions, looking forward to the Writer's Centre's monthly challenges and the escapism of writing short stories.

In December 2021, the Writers' Centre announced that Furious Fiction was changing from a monthly to a quarterly competition in 2022. Like many long-term fans, I felt bereft. So in January 2022, an off-quarter month, I attempted an unofficial Furious Fiction.

I drew a random brief from the Writers' Centre's website archive at 5 PM on Friday, followed the usual competition rules, and wrote a short story before my midnight Sunday deadline.

Except for the lack of social media interaction with fellow writers, I enjoyed the experience almost as much as a regular Furious Fiction and repeated it in February. And this meant that after the official quarterly Furious Fiction in March, I had a collection of twelve more furiously written short stories.

As with my previous collection, the short stories in Twelve More Furious Months are presented in the order I wrote them. And each includes my writer's insight — when, why and how I wrote the story — and a link to my narration of it for Tall And True Short Reads:

The queue for visas at the border was not orderly. Just a desperate mob of refugees clawing at the razor wire-topped fencing, pleading with armed guards to be let through the padlocked gates. The smuggler had warned the group this would be the case and showed them the alternative on his map.

The shitstorm hit the Twitter fan overnight. Deeman had thought his followers would laugh at his sarcastic tweet. He'd watched a news clip about refugees from a COVID-ravaged continent. And before setting aside his phone for the night, he'd retweeted it with a tongue-out emoji, "Let them eat COVID. In their own country. LOL!"

The golden glow of Norman's youth was a distant memory. The passing years had added aches and pains and padding, and his soft and doughy love handles had long since served no purpose with Alice. But when he looked in the mirror, Norman recognised the man he had once been. Just wiser and more wizened.

"Ladies and gentlemen, though I use that term loosely," the pub laughed, and the MC smiled. Laughter signalled the crowd was well lubricated. The publican would be happy. "It's the final of tonight's Lagermind," the MC continued. "Calling Thommo and Moley back to the stage. Or should I say, stagger back?"

"And the winner is–" Zoom freezes on my laptop. But I don't care. From the gallery director's opening comments in her awards speech, praising this year's portraits, it's clear my landscape has not caught the judges' eyes. Again!

Nadine lies on her mattress on the floor of the attic. She stares up at the naked light bulb hanging from the ceiling and the moth circling it. Wind gusts through cracks under the doors and windows, whistling down hallways and upstairs, carrying with it storm-muffled moans of Paul and the new housemate. 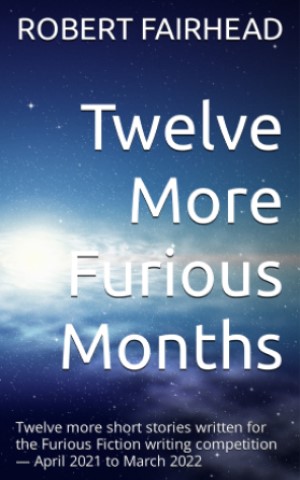 Buy on Amazon and Kobo

The policewoman at the front of the Court is trying to catch my eye. I have a thing for women in uniform. It's what attracted me to my wife. That night we met at the pub across the road from the hospital where she worked as a nurse. I couldn't stop fantasising about the front zip on her uniform.

Their eyes locked across a crowded room at the cocktail bar. He looked well-heeled and handsome, and his brazen gaze told her he knew it. But she was his equal with pert features and confidence. They raised their glasses to each other and soon found themselves shoulder to shoulder at the bar.

The tree stood in front of a vacant block at the end of the street. It had thick, leafy branches and was easy to climb. It was Matty's special place. And then, one day, he saw a sign on the tree. Matty couldn't read the big words and went to find his sister. Jess was a school captain, so she'd know what the sign said.

A long time ago, poverty, floods, droughts, famines and war blighted a pale-blue planet. But the people endured the hardships and were happy. They believed life in the Here and Now and Ever After was predetermined and fixed like the stars in the sky. And the people found solace and solidarity in their faith.

Airports are the same the world over. Full of frenetic activity, people coming and going, joyful reunions and teary-eyed farewells. Though not in the middle of the night. And apart from the passengers sprawled across and under the international airport's departure terminal chairs, it was empty and silent.

It's 1997, I'm fifteen, and Dad's delivering another lecture on my poor prospects: "If you carry on like this, son, you'll end up in prison." I won't admit it, but he may have a point. Because today on the drive home after catching me shoplifting again, the local cop issued a "last warning".

I quoted Neil Gaiman in the Introduction to Twelve Furious Months, who says of short stories:

"[They] are tiny windows into other worlds and other minds and other dreams. They are journeys you can make to the far side of the universe and still be back in time for dinner."

As I say in the Introduction to my new collection, I hope readers enjoy the journeys in Twelve More Furious Months and make it home in time for dinner.