Fantasy on Tall And True 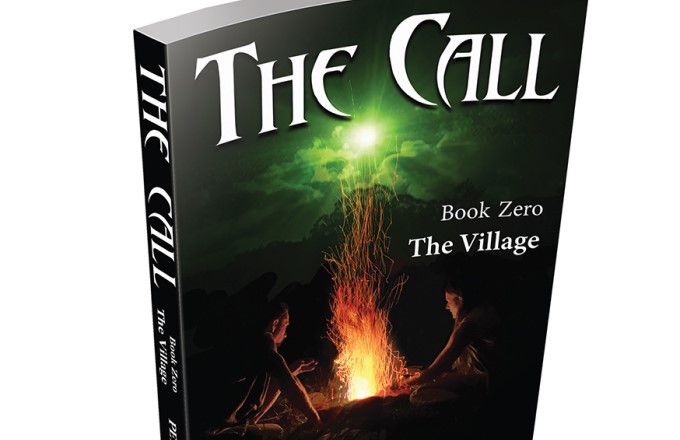 The Call - Book Zero, The Village by Peter Walker

18+   The night became preternaturally dark, but still Elias kept moving. He had been walking for around four hours. When he stopped for a moment to look up, he could make out the lightless form of the mountain. A firmament of brilliant stars, the Milky Way, stretched across the sky.

The few tools he needed for ceremony were swaddled in a multi-coloured cloth, pushed deep into a soft leather bag that hung on a broad leather strap across his right shoulder. The bag bounced comfortably on his hip.

His mouth was dry, but the dryness was more about the knowledge of the work he must do on this lightless night, than a lack of water.

He was sure he had remembered everything.

In his right hand was a staff of hard, straight wood that had been his constant companion for the past two years. He had taken it from the forest in the mountains near where he had been living with nature, communing with the earth, soil, rocks and stones, the wind and the clouds, the streams and the rain, the sun and the fire of the rough camp he had called home.

The staff had been present at every moment, every ceremony, he had performed in preparation for this night.

Every day of those two years he had also woven a web, danced a pattern into the staff so that it could become the primary tool for this work. Without warning, Elias swung the staff in an arc around his head and completed the movement with a flourish that saw its tip extended at arms' length in front of him.

The muscles on his upper arm and shoulder rippled with the effort and the wind picked up as the movement came to a close. He dropped the staff back to touch the earth and began using it to assist him in climbing the slow slope under his calloused feet.

A fresh breeze carried the scent of the surrounding eucalypt forest to his nostrils and gave a gentle push at his back, urging him onwards and upwards. The undergrowth began to change shape and scent as he passed the concealed entrance. This was the first clearing. His beginning ceremonial place, selected for him by the elders on an earlier journey twenty years ago. From this mountain, there were hundreds of invisible threads running deep underground to similar sites all over the planet. Elias could feel the thrumming of these tendrils of power, these 'songlines' underneath his feet.

They excited him, added energy to every step and he lengthened his stride to bring himself to the power spot a little sooner.

More time spent in meditation before he began the dawn ritual would just add to the impetus of his work, so it was worth the effort. The leylines under him were sending him a surge of energy, coursing through the muscles of his legs, filling his first chakra and pouring upwards to his heart.

He marched on and up as the slope became steeper.

The undergrowth gave way to giant crystalline boulders and tall, white-trunked eucalypts that sang a rustling, clacking song in the wind. It sounded like the rhythmic clatter of clap-sticks around a fireplace where the ancestors had burned black-wattle bark and travelled, to gain wisdom from the Dreamtime.

Elias swung onto the first level place on the side of the hill and paused for a moment. Though the night wind was cool, the pace he had been going left him bathed in a sheen of shining sweat.

He flipped the staff to his left hand, lifted the strap of the leather bag over his head, placed it on a flat rock back a little from the edge and peeled his shirt off.