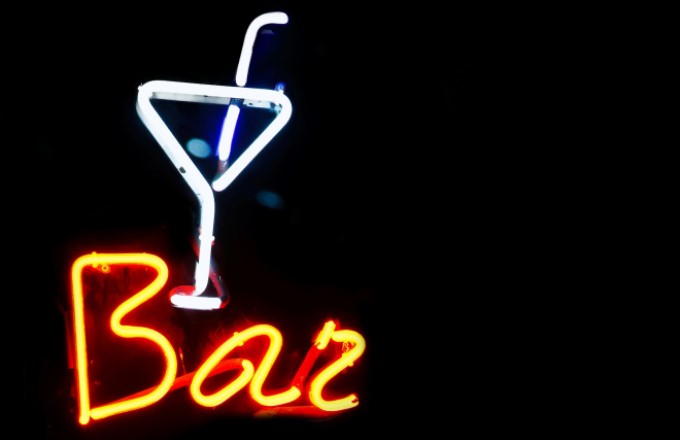 18+   Their eyes locked across a crowded room at the cocktail bar. He looked well-heeled and handsome, and his brazen gaze told her he knew it. But she was his equal with pert features and confidence. They raised their glasses to each other and soon found themselves shoulder to shoulder at the bar.

"Hello, I haven't seen you here before," he said, deep voice booming over the noisy crowd.

She leaned closer to him and explained, "I've been overseas. This is my first day out of quarantine since flying back."

"Well, that's worth celebrating," he said, smiling broadly. "Can I buy you a cocktail?"

"That would be charming, yes please," she responded, flashing her perfect white teeth.

"Um, are you here with friends?" he asked, his eyes darting briefly from her teeth to her breasts.

She noted his covert glance and replied, "No, I don't know anyone in town. I flew back here for quarantine. And after fourteen days in a tiny hotel room, I needed a night out."

"What a coincidence. I'm on my own tonight, too," he said, signalling the barman. "Let's find somewhere quiet to talk."

She nodded and followed as he parted the crowd, carrying their drinks out onto a balcony.

"That's better," he said, handing her a cocktail. "Here's to freedom and fresh air, cheers."

"Cin-cin," she reciprocated, and they clinked glasses.

He introduced himself. A corporate lawyer, recently divorced and learning to socialise again.

"I work long hours and, before the pandemic, I was always away on business," he explained. "My wife and I drifted apart. But fortunately, we don't have kids. And you?"

"No children, either," she replied flatly and sipped her cocktail.

His smile slipped, replaced by a faint flush of embarrassment. "No, sorry," he blurted, suddenly sounding nervous. "I meant, what were you doing overseas?"

She burst out laughing. "I know what you meant," she teased. "I was a New York barista."

"Oh, that's interesting," he said and attempted to get back on the front foot. "There should be plenty of opportunities for you back here."

"I hope so," she responded. And they sipped their cocktails without talking for a few minutes, staring at the city lights.

"Look, I am sorry," he said, breaking the silence, "I didn't mean to pry. As I said, I'm learning to socialise again."

She clinked his cocktail glass and laughed, restoring his smile and swagger.

They shared several more cocktails on the balcony before he invited her back to his apartment for a nightcap. "I'm sure you'll find it more spacious than your tiny hotel room," he joked.

She laughed again and agreed to one nightcap. "And a coffee," she added. "But I'll make it because I'm the barista."

Later, after he'd passed out from the drugs she had slipped into his espresso, she ransacked the apartment, packing one of his suitcases with pawnable items. She smiled. Tonight's haul would do nicely until her next night out hunting for overconfident, well-heeled prey.

With thanks to PublicDomainPictures from Pixabay for sharing the image of the judge's gavel.

A Night Out was my eighteenth entry for the Australian Writers' Centre's short story writing competition, Furious Fiction, in November 2021. The story had to include:

PACKING A SUITCASE and ACROSS A CROWDED ROOM suggested several romantic plots, likely involving a broken relationship. And that was the premise of November's winning Furious Fiction story, with the protagonist watching his partner pack her suitcase.

Then I recalled being burgled in Bondi in the mid-1980s. And how the thief used one of my bags to carry off my goods and chattels. And it occurred to me I could combine a "romantic" night out in a crowded cocktail bar with a twist ending for the suitcase.

Finding places for the required words in the cocktail bar setting was straightforward. However, the story's point of view (POV) shifted between the first and final drafts.

In the first draft, the POV was third person omniscient. As in the final draft, I didn't dwell on the characters' internal thoughts, but I portrayed them equally in narrative and dialogue. While editing the story, I realised I needed to emphasise my female protagonist's actions and words. And so, the POV became third person limited.

Apart from the POV, the most significant change in the story between drafts was the female protagonist's occupation while overseas. Initially, I had her in "public relations", a play on words for the sting she was hatching. But later, I thought a "barista" would have more chance of slipping something into a nightcap coffee back at the apartment.

I hope you enjoyed A Night Out and the nightcap twist. Please feel free to review the short story below or click on my writer bio to contact me via Facebook, Twitter or email.

And you can listen to my narration of A Night Out on the Tall And True Short Reads podcast.