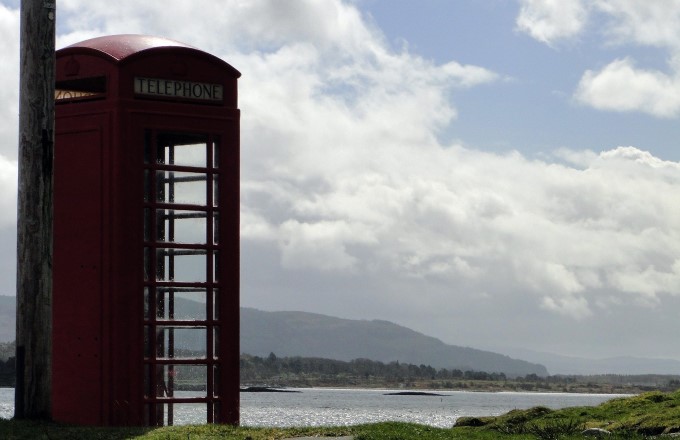 12+   The sky-blue swell pounded the breakwater at Borthel on Sea in a steady rhythm. John gazed out at the mountains across the broad bay and drew a deep calming breath. The anxiety that had built up and wracked him in recent months and on his spontaneous long drive from the city eased its intensity.

John breathed out and turned to look back at the fishing village. Childhood memories of summer holidays at Borthel on Sea with his parents and sister swept through him.

At the end of the breakwater, the fisherman's market, where his mother bought fresh flapping fish for dinner. The pebbly beach where he and his sister played and paddled at the water's edge. And the driftwood bonfires his father lit on the beach in the evenings, where they toasted marshmallows.

Borthel on Sea looked run-down nowadays, with shops closed and buildings boarded up. But it hadn't been popular with holidaymakers back then, either. Rail and roads bypassed the village due to its unfavourable location on a kink in the coastline. The swirling seas outside the breakwater could be treacherous. And somehow, like the rail and roads, warm summer currents bypassed it, too, and the water always felt chilly.

Then there was the village name, Borthel, an easy target of innuendo and laughter, even by those less skilled at anagrams.

However, John's family had loved their annual holidays at Borthel on Sea. Far from the city's madding crowd and the tourists of more popular seaside destinations, its unpopularity perfectly suited his family.

John recalled one afternoon sitting with his father on the breakwater, staring out at the bay and mountains.

"You know, son," his father had said, putting his arm around John's shoulders, "I'd love to retire here."

But before their next holiday, John's father was lying under a marble headstone buried in a coffin. "A stress-related heart attack," a doctor had told John's mother. It left her a widow with two young children. She moved north to be nearer her family, and there were no more holidays at Borthel on Sea.

The years passed. After university, John followed in his father's footsteps in the city and started climbing the corporate ladder. He met and married Beth, a fellow high-flyer. They worked long hours and had little time for holidays.

Last month, John was offered another promotion, with more pay and responsibility. "It's a marvellous opportunity," Beth had congratulated him. But John wasn't sure. He felt anxious and stressed. He thought of his father and Borthel on Sea.

John needed to call Beth. There was no mobile phone reception, so he crunched across the pebbly beach to a red telephone box.

"Beth, it's me. Guess where I am, Borthel on Sea." John heard Beth sobbing. "Look, I'm sorry. I should have called earlier. We need to talk. About the promotion. About life. Could you drive down here tomorrow? I'll find us a room."

"Oh, and the village shop's closed," John added. "Can you pick up some marshmallows?"

With thanks to AJACS from Pixabay for the image of the red phone booth on a beach.

I wrote Memories and Marshmallows in March 2021 for the Australian Writers' Centre's monthly 500-word short story competition, Furious Fiction. The brief was.

The photo provided with the brief was very similar to the Pixabay image used in this story, of a broad bay, possibly on the coast. There was a concrete and stone breakwater with boat ramps and mountains in the distance. And in the foreground of a pebbly beach sat a red public telephone box.

I gazed at the photo and reflected on my summer holidays. Of the favourite rundown places, I've visited over the years. And the quaint fishing villages of southwest England. I thought about how the hurly-burly of work can take over our lives and distance us from happy memories and places. And how we may not realise this is happening until it's too late!

In the story, John revisits Borthel on Sea, the scene of his happy childhood family holidays. It’s rundown now but always was unfashionable. However, John and his family had loved the quiet seaside village with its breakwater, fish market and chilly swims, and the pebbly beach where they had built bonfires and toasted marshmallows.

One afternoon on the breakwater, John’s father tells him he wants to retire to Borthel on Sea. But his father dies of a stress-related heart attack before the next summer, and there are no more family holidays at the village.

The adult John has followed in his father’s footsteps in the city, working long hours and climbing the corporate ladder. But he’s also feeling anxious and stressed and, like his father, is drawn back to Borthel on Sea.

I hope you enjoyed this seaside short story — perhaps it’s inspired you to toast marshmallows. Did you spot the MAR words (one’s a tasty giveaway!). And my use of the red telephone box for the final dialogue?