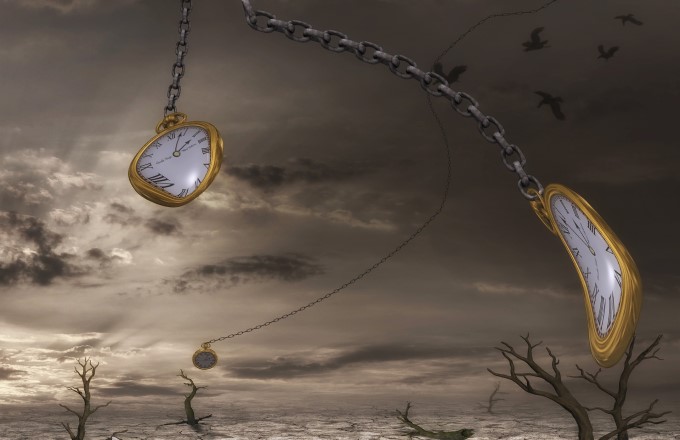 12+   It's 1997. I'm fifteen, and Dad's delivering another lecture on my poor prospects: "If you carry on like this, son, you'll end up in prison." I won't admit it, but he may have a point. Because today on the drive home after catching me shoplifting again, the local cop issued a "last warning".

It's now 2022, I'm pushing forty, and I haven't talked to my dad in years. However, I heeded the cop's warning long ago and chose a different fork in the road, away from petty theft. I've had ups and downs, but I've never been to prison. And I live as distant as possible from my dad and his lectures.

It's 1997 again, and Mum and Dad are arguing in the kitchen. Their raised voices and accusations fly back and forth like they're slugging it out at Wimbledon:

"Cut him some slack."

I'm in the bedroom I share with my little brother at the rear of the house. And we hear every shouted word through the paper-thin walls.

My brother is humming a tune to himself, drawing a rainbow on our bedroom wall with coloured chalk. Dad will explode when he sees it, and he'll blame me.

I throw some clothes into a bag, grab my secret stash of cash and creep from the bedroom without saying goodbye to my brother. And I ease open the back door and slip quietly from the house.

It's 2022, and Mum's on the phone. "Dad's in hospital again," she whispers hoarsely, her vocal cords strained by old age and from too many years of fighting and shouting. "And he won't be coming home."

"What do you want me to do?" I ask though I know the answer. Mum wants me to fly back and say goodbye to my dad. I don't want to go, but I owe it to her.

It's 1997, and I'm in the cop car outside our house. The cop's on the front veranda with Dad. And Mum's looking out, silhouetted behind the flyscreen door.

I was at the train station when the cop found me. Another ten minutes, and I'd have been on a train to the city. But he bundled me into the cop car and drove me home. It was my brother who told Dad I'd run away from home. And I'm going to punch him when I get the chance.

It's 2022. My brother and I are sitting outside the hospital, sharing a joint, and Mum's inside with our dad. But he's too far gone to know whether we're there or not.

"Why didn't you come home sooner?" my brother asks, passing me the joint. "Just a week ago, Dad was asking after you."

With thanks to Susann Mielke for the surreal "stuck in time" image from Pixabay.

I celebrated my second anniversary of submitting 500-word short stories to the Australian Writers' Centre's Furious Fiction competition in March 2022 with Stuck in Time. The brief for March was:

Having "brainstormed" ideas, I set my first draft at the "Redundant Dads Club". I felt the characters at this monthly meeting offered me opportunities for a crime and doors opening (and closing) on relationships and places for the required words, with TALKing among the dads.

But I stalled after about 200 words, abandoned the draft, the first time I've done so in two years of Furious Fictions, and returned to my ideas list. And among my jottings, I spotted an alternative opening line: "My father is giving me another of his talks."

I’ve blogged about following Ernest Hemingway's advice to write one true sentence. And so I changed the opening line into something my dad once said to the teenage me: "If you carry on like this, son, you'll end up in prison."

Ping! Like a light switched on inside my head, I suddenly saw the story, with my protagonist flipping back and forth between his teenage and "pushing forty" selves. And struggling to reconcile his feelings for his father.

How much of a writer's work is imagination, and how much is memoir?

I used a true sentence in Stuck in Time. Yes, I live across the continent from my dad. And we have had our "father and son" difficulties over the years. But I call him regularly and visit whenever I can. The rest is pure imagination — the shoplifting, mum and dad fighting, running away from home, dad dying, sharing a joint outside a hospital with my brother.

N.B. In another first for me and Furious Fiction, Stuck in Time was longlisted for March 2022. I was as proud to see my name and story on the list as if I'd won the competition. And it felt like a fitting reward to mark my second anniversary of writing Furious Fictions.

Also, you might like to listen to my narration of Stuck in Time on the Tall And True Short Reads podcast.