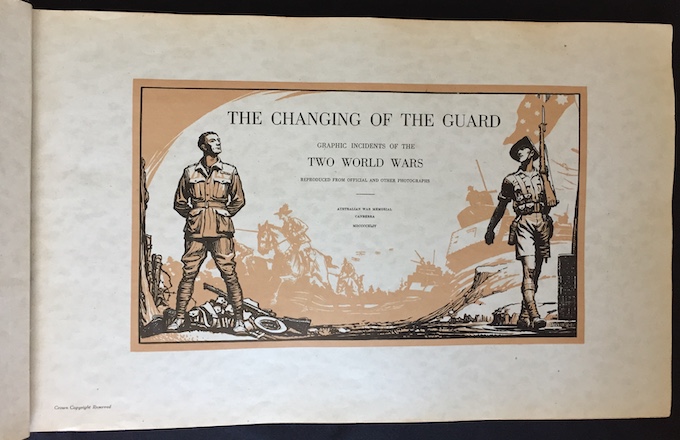 Memories of my Pop

12+   In his biography about the community in which he grew up, Daphne Street, North Perth, Geoffrey Bolton described one of his neighbours, Leo Fairhead, my grandfather, my Pop, as "leathery and taciturn". Pop was in his early fifties when the boyhood Bolton made that observation.

I was five-years-old when my parents separated, and my little brother and I went to live with our grandparents. Pop was in his seventies by then and was even more leathery and taciturn!

While our Nan embraced her two young grandsons with warm grandmotherly arms, Pop could be standoffish and a little scary—he had a temper. However, provided we weren't naughty boys, like talking during the TV news (for which we were banished to "stand in the corner", facing the walls in silence), he could also be good company.

Pop had a harmonica, and, as I recall, he only knew how to play one tune. But he taught us the words to it, and my brother and I would sing along while Pop puffed away. It was an old folk song about Henry Ford, and thanks to the modern wonder of the Internet, I unearthed the lyrics which I last recited half a century ago:

Pop also taught us how to feed the magpies that nested in the undeveloped bush blocks at the back of our house. We sat next to him on his backyard bench, and he tossed the warbling black and white birds small squares of steak. In the days before David Attenborough on TV, it was an enchanting nature show watching the birds hop over and peck at the squares with their sharp-pointed beaks; beaks that at other times would have two young boys ducking in fear of being swooped by the murderous magpies.

My Pop also showed us the meaning of bravery one evening when there was a knock at the front door during the TV news. Nan opened the door, and a scared young mum pushing a pram told her a strange man in a car was following them down our darkened street. Old Pop got up from his TV chair, grabbed one of our metal-tipped, hardwood cricket stumps, and escorted the young woman home. He returned safely a short while later, reporting he'd seen off the "gutless bastard".

We knew Pop had served in the First World War, but he seldom spoke of it. There was a box of sepia photos of Pop in uniform with his slouch hat in my Nan's linen cupboard. There was also a dust cloth-covered commemorative chronicle, The Changing of the Guard, Graphic Incidents of the Two World Wars, published by the Australian War Memorial in 1944. It was a large rectangular book, and like a photo album, the publishers had pasted reprints of the black and white photographs accompanying the text onto the pages.

The wartime book was seldom brought out of the cupboard (the photos of Pop in uniform never were). But when it was, my brother and I would pore over the images of soldiers and battle scenes, trying to find our Pop.

One time when there was a documentary about World War One on TV, Pop commented on a battle where troops were spilling out of trenches and advancing across muddy fields under heavy enemy fire, "I was there." My brother and I crept closer to the TV, again hoping to spot Pop — no doubt we earned a gruff rebuke, "Get away from the TV, or you'll stand in the corner!"

A story I do vividly recall Pop telling me about the war was how he had written home to his father from the trenches, asking him not to let his younger brother, Roly, join the army. Roly was only eighteen-years-old and was keen to serve with his older brothers on the Western Front. In those days, if you were under twenty-one years of age, you needed your parent's permission to enlist.

The National Archives of Australia details how Pop's father acceded to Roly's wishes, allowing him to sign up on 5 February 1917. After basic training, Roly embarked from Albany on 23 July and disembarked in Liverpool on 16 September. He had a period of convalescence in England due to mumps and tonsillitis and then proceeded to France on 23 January 1918. Roly died in Belgium on 19 February. He was nineteen-years-old.

There is no official record of Roly’s death, other than the euphemism, "Killed in Action". However, Pop’s description of the circumstances to the young me was blunt: "Roly was in the latrine, a shell landed in the trench, the explosion threw him into the air, and he hit the ground and broke his neck."

I don’t know how Pop could have known these details. From their service records in the National Archives, Pop rejoined his battalion in France after two weeks’ leave in England on 16 February 1918, and Roly died three days later in Belgium. It is possible news of Roly’s death travelled up the line from the Front. Or perhaps Pop had seen other soldiers die in similar gruesome circumstances?

My brother and I lived with our grandparents for six years before moving to a new home with our father and step-mother. Pop celebrated his eightieth birthday in 1974 and died three years later from lung cancer, an illness which he kept secret from the family. Ever the non-sentimentalist, he donated his body to science and requested no funeral or service.

Looking back, setting aside being sent to stand in the corner, I have many fond memories of my Pop. But the most profound imprint he made on me, is a deep suspicion of jingoism, "sabre-rattling" and glorification of war. Pop wasn't ashamed of his service, but he had lived through the brutality of the First World War, and it had cost him a brother. I suspect the experience scarred him, and he saw no reason to celebrate it.

That said, on Armistice Day, at eleven o'clock, I like to pause and reflect on the sacrifice made by my Pop, his brother Roly, and all soldiers on both sides of the bloody Flanders Fields. If only the Great War had been "the war to end all wars".

Now that's something that surely would have made my leathery and taciturn Pop smile!

N.B. You might also be interested in this Tall And True memoir piece, A Perth Boy's Perspective on the Vietnam War.