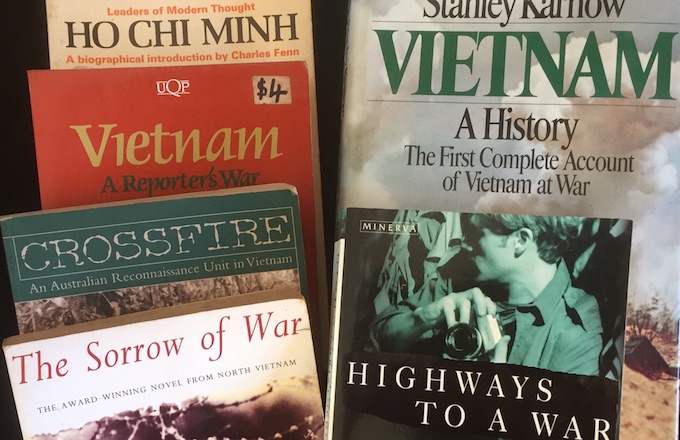 A Perth Boy's Perspective on the Vietnam War

12+   As a kid growing up in Perth, Western Australia, in the 1960s and 1970s, I didn’t learn about the Vietnam War from classroom history lessons. Vietnam and the broader Indochina conflict was on our radio and TV news every morning and evening. And it was front-page headlines in our daily newspapers.

I knew the main combatants were the Americans and Communist North Vietnamese from news and adult conversation. And Australian soldiers also fought in Vietnam.

We had national service in those days, with conscription based on a “birthday ballot“. Twenty-year-olds had to register for the ballot, and if your birthdate popped up in the “lottery draw”, you served in the army for two years, with every chance of overseas deployment, to Vietnam.

As far as I know, no one in my family was “called up” or served in Vietnam — my dad and uncles were too old, and kids like me were too young.

But I did have a footy coach whose birthdate came up in the “lottery”. I recall an end-of-season speech by an older club official, who may have said something blokey along the lines of, “Keep your head down, son.” We boys may have laughed and cheered — all I remember for sure is my coach looked grim.

Gough Whitlam and Labor were elected to government in 1972 with a promise to end conscription and Australia’s engagement in the Vietnam War. I have a vivid memory of watching Whitlam’s victory speech on the TV news and feeling relief.

I was ten-years-old at the time, but I had already worked out when it would be my turn to register for national service. I was only a schoolboy, and Perth was a long way from the Indochina conflict zones, but with the radio and TV news and newspapers, the Vietnam War felt much closer to home.

The years rolled on, as did the Vietnam War, engulfing neighbouring countries, until 1975, when the Americans helicoptered a hasty evacuation of their embassy in Saigon, and the city fell to the North Vietnamese forces.

One of my chores as a thirteen-year-old was to tend to the wood heater for our evening hot water. I remember pulling apart a daily newspaper to light under the wood and seeing an editorial cartoon of an Asian farmer squatting in a bomb-cratered rice paddy field. His head was tilted towards the sky, free of American bombers and helicopters, and in a single thought bubble, he observed, “So this is peace.”

The fall of Saigon did not bring peace to the South Vietnamese, who took to boats to escape retribution and oppression under the regime of unified Vietnam. Thousands of Vietnamese “boat people” arrived in Australia, and many resettled in Perth.

Under the Liberal Prime Ministership of Malcolm Fraser, we were a more welcoming nation in those days — though let’s be honest, there was still racism towards the “reffos”.

I grew up, left Perth, travelled and worked overseas, and read. My interest in the Vietnam War led me to build a small collection of books on the country and conflict. From Stanley Karnow's weighty 750-page Vietnam A History — The First Complete Account of Vietnam at War (1983) to Charles Fenn's slim Leaders of Modern Thought biography of Ho Chi Minh (1973). And from actual and fictional accounts of reporters covering the Indochina War, like Christoper J Koch’s Highways to a War (1996), to the Vietnamese author, Bảo Ninh’s award-winning debut novel, The Sorrow of War (1991). 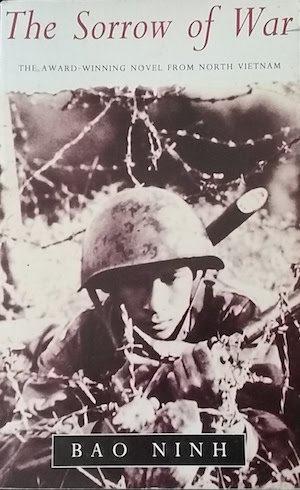 Through my reading, I learned how the Vietnam War had much earlier roots than the America-versus-Communists conflict. It stretched back to Vietnamese armed resistance to the Japanese invasion of WWII. I read how conflict escalated when the French colonialists returned after WWII and ignored nationalist demands. And how America and its allies, like Australia, ramped up the war to new heights of destruction in Vietnam, and neighbouring countries, with their anti-Communist crusade.

“Yes, we defeated the United States. But now, we are plagued by problems. We do not have enough to eat. We are a poor, underdeveloped nation. Waging war is simple, but running a country is very difficult.”

The Vietnam War, from my boyhood perspective, was real and frightening. And yet, I was safe growing up in faraway Perth, unlike the boys and girls of my age, bombed in the villages and jungles of Vietnam. And who can forget the photo of the girl burnt by napalm, running down the road, naked and crying?

As an adult, I read and learned more about the war and the mistakes that were made, particularly on the American side. And yet, I have friends whose families fled Vietnam in leaky boats. Common sense tells me you don’t risk your family’s lives unless Communism proved to be more of a nightmare than a fairytale “utopia”.

It’s a paradox this boy from Perth can only resolve by reading more about the Vietnam War, by learning from those with a closer connection to Vietnam and its past and present.

And perhaps by one day visiting the country as a middle-aged man.

N.B. This piece is also published on my blog at RobertFairhead.com. And you might like to read this perspective on the First World War from Memories of my Pop.