Reviews on Tall And True 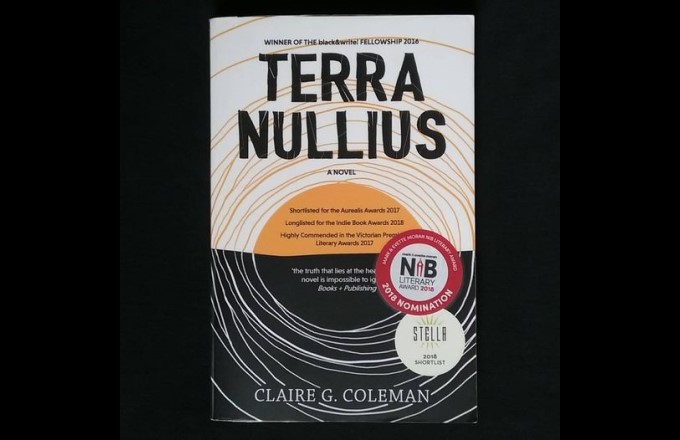 For the first third of its 304 pages, the novel appears to be a tale of Australia's hidden Indigenous history. Of Settlers versus Natives. And the scenes and racist tones of the times can be challenging, such as this Settler letter from a graziers' association:

The only thing standing in our way, the main limitation to our growth is the depredations of the criminal, aggressive and intransigent Natives. So long as our livestock is not safe from the immoral and illegal actions of these primitives we will not be a real country. We call upon the government of the colony to assist us in the control of this menace. We need more police, with more discretionary powers. All Natives who endanger our livestock must be arrested and tried for that crime.

But, like all good writers, Coleman delivers a twist in Terra Nullius. For me, it wasn't so much a sudden unexpected twist. But more of a dawning realisation that things weren't quite as I thought they were. And it had me re-reading sections of the book, like tapping re-centre on Google Maps. 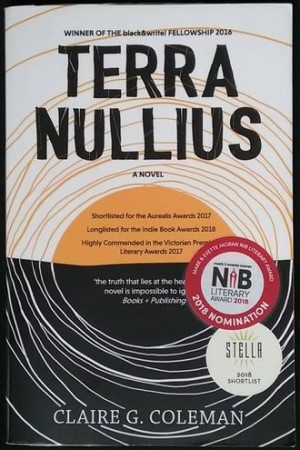 Coleman's goal with her novel seems to be to help non-Indigenous Australians see the declaration of Terra Nullius and Australia's subsequent colonisation and settlement from an Indigenous perspective. And if this was her intent, then it worked for me!

As Coleman acknowledges in her Author's Note:

This novel is a work of pure fiction yet it was influenced both shallowly and deeply by Indigenous Australian survival narratives and works of post-colonial historical fiction.

Part science fiction and part historical fiction, Terra Nullius is an ambitious debut novel. And Coleman provides a visceral and thought-provoking perspective on the history of Indigenous Australia.

Does the running Native, Jacky, avoid capture by the Settlers and Troopers? What might his destination be, and does he reach it? And what's the twist?

I recommend you read Terra Nullius to find out!

N.B. You might like to read another of my reviews from July 2020, of the aptly titled for the COVID-time short story collection, A Couple of Things Before the End by Sean O'Beirne.