Travel Writing on Tall And True

12+   It was a flight of fancy, inspired by an ad in the Guardian newspaper: "Moscow and St. Petersburg, 7 nights with Jules Verne Travel". It sounded exotic and impossible. But this was 1993, Leningrad was St. Petersburg again, Boris Yeltsin was Russian President, and Russia was opening up to the West. Glasnost made all things seem possible.

So my wife and I booked our Jules Verne Russian adventure. The dates in my 1993 diary record the trip coincided with my leaving a part-time telesales role to re-enter full-time employment with a software development company:

Thursday 8 July: Phoned Sue B. at CA. Despite an at times uncomfortable interview with the MD yesterday, I've got the job. Telesales supervisor and team happy for me and planning farewell nibbles and drinks after my final shift tomorrow. I should feel happy, too. But yesterday's meeting was odd!

With hindsight, I should have trusted my intuition about the "odd" new job, but that's another story. Instead, the following pages chronicle my Russian travel journal entries:

Looking back, I'm amazed how much my wife and I fitted into our flight of fancy. It helped it was mid-summer and, while not quite the land of the midnight sun, it was daylight in Moscow and St. Petersburgh from early morning until late in the evening. 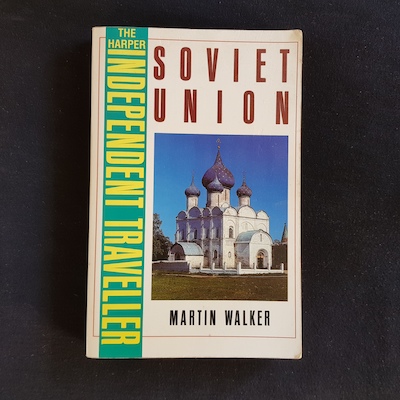 And as you'll read, though it was only seven nights, we made the most of our six long, foot-slogging days of sightseeing in the Russian capitals.

N.B. We took tons of photos on our trip, all 35mm prints. As the originals and scan-to-digital copies are of variable quality, I have used free-to-share digital images from Pixabay of Moscow and St. Petersburg, rather than our tourist photos.