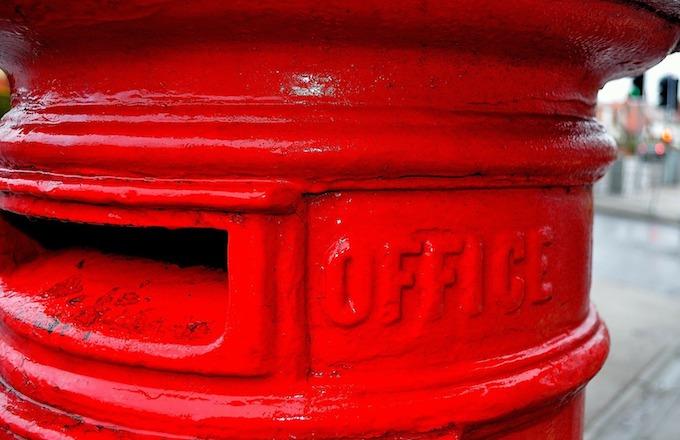 12+   In these days of instant gratification via the web, emails and social media, it's hard to believe once upon a time, wanna-be writers would type and print their manuscripts in double-line spacing and post them to publishers with a reply-paid, self-addressed envelope. And then wait and wait and wait, for an offer to publish or, more likely, a feared rejection letter.

I lived in England from the late-1980s to the mid-1990s, where I had a creative purple patch, writing and submitting short stories to lifestyle magazines and writing competitions. I don't mean I got published a lot — I didn't. But I kept coming up with ideas, fleshing out plots and characters on trains to and from work, and banging stories into my old Amstrad PC at night to print out and post in the morning. And for a while there, I was an assembly line worker, mass-producing short stories!

Constructive criticism and inside tips

Thankfully those were the days of gentle rejections. So not only did I feel publishers and competition judges had personally selected and read my writing from the "slush pile". It also felt like they were offering me constructive criticism and inside tips on suitable markets!

“I was pleased to receive your short story ‘Mistaken Identity’, which I have read with interest. Sadly I do not feel that this piece is right for publication in our magazine. I am sorry to disappoint you about this but wish every success with it elsewhere.”

Elsewhere? Aha, that must be a tip to send my "interesting" manuscript to another magazine.

“Dear Contributor, Many thanks for giving me the opportunity to read your manuscript. Unfortunately, it is unsuitable for My Weekly. With best wishes, Yours sincerely, The Editor.”

Alright, alright, maybe the world is not ready for "Mistaken Identify", but what about "A New Outlook"?

“Dear Mr Fairhead, I am returning your short story A New Outlook, which I'm afraid we do not wish to take any further. I'm sorry that the pressure of work here means we can only enter into correspondence about those stories which we feel we might, after revisions, be able to broadcast. Your sincerely, Literary Manager, BBC Radio Drama”

Hmm, a lesser writer might be disheartened at this point. But perhaps instead of publishing or broadcasting, I should focus on writing competitions, like the then annual Ian St James Awards?

“This is excellent – well-drawn characters, convincing dialogue and fast-moving plot. Passed forward for our next round of judging.”

Yes, at last, success! Well, almost because I didn't get through the next round of judging. But there was always next year.

“You write well and capture the atmosphere of Bangkok effectively. It would be improved if you worked on the plot, which is rather disjointed. However, I like your use of flashbacks, which reveal much about your main character.”

So close, so close! But the following year proved the closest I got to a resounding positive critique from an Ian St James’ judge.

"A well written, ambitious and impressive piece of writing. The author's flair for language is considerable. But I think, plot-wise, this entertaining story exceeds both the limits and rules of the genre. And I feel this would be better suited for a novel because it isn't quite self-contained enough as a short story."

J. K. Rowling and Me

There were many more rejection letters when I lived in England, and then I moved back to Australia to live. Life overtook me, and my purple patch with short stories ended. I discovered other outlets for my creativity, but by then, the age of the rejection "letter" had also passed and emailed rejections never felt quite the same.

Oh well, J. K. Rowling received more than a few rejections, too (The Guardian UK, March 2015) — the first literary agent to whom she sent Harry Potter responded with just a slip of paper rejecting her manuscript.

And from the sound of it, J. K. Rowling's slip of paper wasn't anywhere near as encouraging as my gentle rejections!

With thanks to PublicDomainPictures from Pixabay for the image of the red mailbox.

N.B. This post is also published on my blog at RobertFairhead.com. And I've narrated Days of Gentle Rejections for the Tall And True Short Reads podcast.