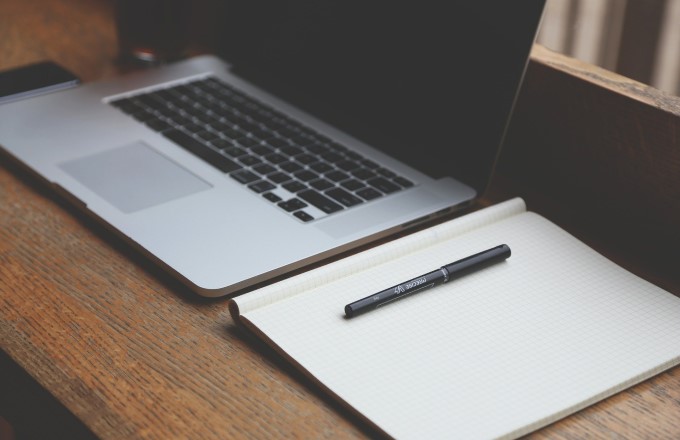 12+   I stare at the blank screen. The words aren't flowing onto the keyboard. Should I enter a working title? Or perhaps outline my plot and characters? Writer's block. Help!

"Take a break," is the first response.

"Make a cup of tea," suggests another.

"We've all been there," reassures a published writer.

"Don't stress, you've got this," another consoles me.

I'm overwhelmed by the community's advice and affirmations. And then someone tweets, "Remember Hemingway, write one true sentence."

I smile and start writing: "I stare at the blank screen."

With thanks to StartupStockPhotos for the blank screen and notebook image from Pixabay.

Writing NSW is running monthly competitions to mark its 30th anniversary. And as I proudly tweeted last year, I was one of the #30words30days30years flash fiction winners for the November 2021 competition. 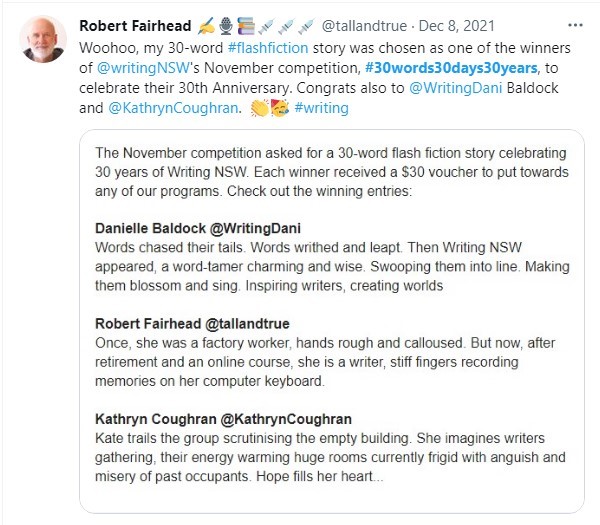 The competition brief for February 2022 was to write a love letter to your writing community. And Kanwar Plaha was Writing NSW's worthy winner, penning a powerful thanks to fellow writers.

I interpreted the "letter" differently and wrote The Blank Screen, a microfiction story, reflecting how I interact with the #WritingCommunity on Twitter!

N.B. You may also like to read a blog post I wrote about the microfiction genre, Three Minute Microfiction Podcast (with links to the podcast episode).