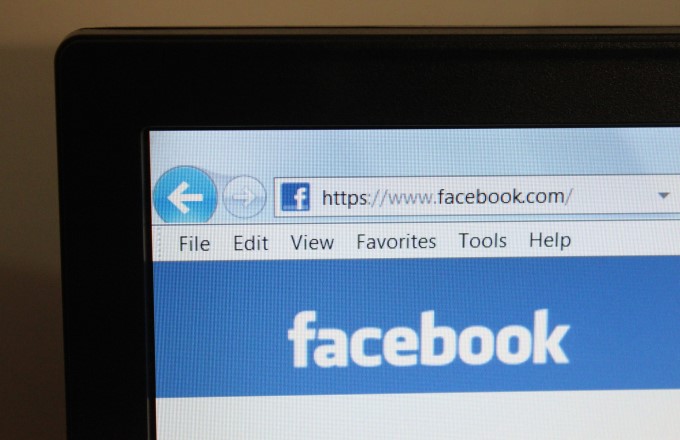 12+   I dread mornings like these when Facebook floods my timeline memories with posts and photos of Jas and the kids. On social media, we're still a happy family. And in the real world, I live alone and only see the kids on weekends. But that's not Facebook's fault. It's just an algorithm.

Facebook recently prompted me with a congratulations post for Jas and my wedding anniversary. It seemed like a heartless reminder. Though, in fairness to Facebook, I should have updated my relationship status after our separation.

Jas and I met post-university in our mid-twenties on a European bus tour. "It was a Tuesday," I used to joke, despite Jas's groans at my punchline, "because we were in Rome." But Europe was long ago, and my recollection of the toga party where Jas and I became an item is hazy. And in truth, I've forgotten the date, let alone the day of the week.

On a happier anniversary, I scanned a faded Polaroid of Jas and me in our bus tour togas and shared it on Facebook. I thought she'd like the surprise post as she stood out in more ways than one, wrapped in her white sheet. However, Jas flew off the handle when she saw the photo. "Delete that post, now!" she'd demanded. "Before the kids see it!"

Jas is not a sentimentalist and has never been a big Facebook fan. But I started posting regularly when the kids came along. One of my favourite early posts is a photo of me cradling newborn Jack, where I'd commented, "Feeling as shattered as Jas after ter all-night labour." But signalling editorial edicts to come, Jas insisted I remove the "all-night labour" reference from the post.

Undaunted and updated with a digital camera and later a smartphone, I documented Jack's developmental stages — crawling, walking, riding a bike — and the arrival of his sister, Kate. Birthdays, weekend sports, school assemblies, summer holidays, and our trip of a lifetime to Disneyland, no matter how big or small, I shared every event on Facebook. It became our online family photo album and journal.

"Oh no, Dad's got his phone out again," young Kate would joke. Back then, the kids smiled or pulled funny faces for my photos. And despite a pang of sadness at the swift passing of time, when I see those pre-teen posts on Facebook, I know they were our happiest years as a family.

Then the kids hit their teens and turned independent, spending more time with their friends or in their rooms on computers and less with Jas and me. Their smiles in my photos appeared forced and then faded entirely. "Not another Facebook post, Dad!" Jack would grizzle, shielding his pimply face with a hand.

Browsing the timeline memories, I try to spot when my relationship with Jas faded, like the kids' smiles. Maybe we were both struggling with feelings of redundancy as the kids pushed back on mum and dad. And as we silently watched the TV and drank glasses of wine while the kids were out having fun or locked away in their rooms, a gulf formed between us.

Looking to fill the void and silence, I surprised the family one day by bringing home a dog from an animal shelter. The kids, however, showed little interest in Sally, and Jas was less than impressed, too. "What were you thinking?" she'd asked tersely. "It'll be me who'll clean up after the dog. And all you'll do is post about it on Facebook!"

Jas was half right because most of my Facebook posts and timeline memories after that day feature Sally. But I took on the responsibility of walking, feeding and training Sally. And right now, she's sprawled on a mat beside my feet, wagging her tail. So in truth, I don't live alone. And despite Jack and Kate's initial lack of interest, I sometimes wonder if they only visit me to play fetch with Sally.

I feel a wave of melancholy seeing my old Facebook posts on mornings like these. But I ride it with the knowledge that, unlike Facebook, life is not an algorithm. Jas and I met, married, had a family, and grew apart. And finding the post where our relationship started to sour won't change anything. In the same vein, shedding a tear over my old posts won't stop the kids from growing up and becoming even more independent.

So I reach down and pat Sally for comfort, who wags her tail in response. And if I get too sad looking at my timeline memories, I take Sally for a walk.

Thanks to PDPics for the desktop monitor image of Facebook from Pixabay.

I wrote Timeline Memories in July 2022 as my entry for The Big Issue's September 2022 Fiction Edition. The magazine received more than 900 short stories and selected 12 for publication. Unfortunately (for me), mine was not one of them, but I enjoyed the writing process.

The story draws on parts of my life — I post to Facebook, my son's grown up, and I have a rescue dog — and pure imagination — I've never been to a toga party.

I suspect older parents (like me) will recognise the melancholy felt by my main character scrolling through his family posts. And dog lovers (also like me) know the comfort of having a dog on a a mat beside you. And if you read my September 2020 blog post introducing the Tall And True Short Reads podcast, you'll see a photo of my rescue dog, Jet, on his mat beside my desk.

N.B. You might like to read another short story where I drew on a true sentence from my life, Stuck in Time. And listen to my short stories, blog posts and other writing on the Tall And True Short Reads podcast.