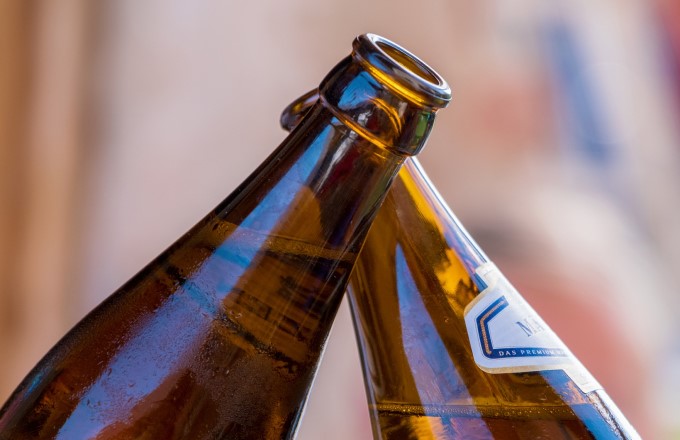 12+   "Ladies and gentlemen, though I use that term loosely," the pub laughed, and the MC smiled. Laughter signalled the crowd was well lubricated. The publican would be happy.

"Ladies and gentlemen, though I use that term loosely," the pub laughed, and the MC smiled. Laughter signalled the crowd was well lubricated. The publican would be happy.

"It's the final of tonight's Lagermind," the MC continued. "Calling Thommo and Moley back to the stage. Or should I say," the MC paused, "stagger back?" More howls of laughter.

Swaying slightly on his barstool, Jeff Molesworth was slow to respond to the MC's call. He'd surprised himself in the early rounds of Lagermind and impressed his date, Caro, with his knowledge and the pub by downing a lager with each victory. But the questions and lagers had added up and addled his thoughts.

Caro shook Jeff's shoulder. "Hey, Moley," she shouted over the background noise, "get up to the stage."

Jeff nodded and took a steadying deep breath before returning to the unfamiliar spotlight. He was forty-eight and recently divorced, and Caro was forty-two and a fellow divorcee. She had young daughters and liked books and movies, and Jeff had older sons and liked footy and U2. Somehow, the over-forties dating app had matched their profiles. And they had chosen the bistro pub for their blind date. Neither had known it was Lagermind night.

However, Caro had laughed it off and entered Jeff as "Moley" on the contest entry form. "From your surname," she told him, "and because I love reading Adrian Mole with my girls." Jeff smiled, recalling his boys had read the Mole Diaries, too.

"To recap the rules," the MC explained when Jeff joined Thommo on the stage, "I'll ask you both three questions. But as it's the final, you must down a lager after each correct answer. The winner is whoever answers the most questions," the MC paused again, "without falling off the stage." The pub laughed and cheered.

Thommo went first. He answered the MC's first two questions but stumbled on the second lager and got his final question wrong. And now it was Jeff's turn. He looked to Caro for support, and she smiled and gave him two thumbs-up.

Like Thommo, Jeff answered the first two questions correctly. However, after the second lager, his mind wandered again. Jeff wished his sons were there to see him in the final. Sadly, the divorce had been messy. And it had distanced him from the boys.
"tada"
"Come on, Moley!" Caro's voice cut through Jeff's rumination, and he refocused on the MC's final question: "Fill in this book title, The Secret Diary of blank, Aged 13 3/4." Jeff and Caro exchanged smiles across the pub, and he answered, "Adrian Mole."

Over the MC's booming congratulations and cheers of the crowd, Jeff heard Caro whooping, "Yay, Moley!" And for the moment, he forgot about his divorce and how much he missed the boys.

The date with Caro was going well. "Moley" knew he'd have a sore head in the morning. But he'd won Lagermind. And with luck, the night would prove to be more than a dating app fling.

With thanks to NickyPe from Pixabay for sharing the perfect image of a pair of beer bottles!

Lagermind was my entry for the July 2021 Furious Fiction run by the Australian Writers' Centre. The brief for July was that each story had to:

A book lover and writer friend from the ABC Book Club on Facebook also challenged me to include "us" in my short story. Her nickname for me is "Moley" because I once admitted my early twenty-something diary entries sound like something from "The Secret Diary of Adrian Mole". And as her name is Carolyn, I rib her back when she calls me "Moley" by calling her "Caro".

The only similarities between Carolyn and myself with the characters in the story are our nicknames and that we have children — she has three daughters and I have a son. And we loved reading the Adrian Mole Diaries to our children. This was judged to meet the challenge by "Caro".

The CONTEST in the criteria was a boozy version of Mastermind — I love watching the nonalcoholic one on TV. The glow of the evening in the pub helps "Moley" momentarily FORGET his divorce. FLING fitted nicely as the final word of the story. And I appreciated being allowed to use longer variations of PRESSED and GROUND - did you spot the words?

In a blog post on my first Furious Fiction entry (in April 2020), I commented how the 55-hour deadline doesn't afford writers time to reflect on their writing. And when I revisited my first short story, A Song on the Radio, I found ways to improve it. It's been the same with every one of my Furious Fictions, including Lagermind. However, the edits still respect the competition brief and its 500-word limit.

I hope you enjoyed Lagermind and it didn’t leave you with a sore head. Please feel free to review the short story below or click on my writer bio to contact me via Facebook, Twitter or email.

N.B. You might also like to read another of my recent Furious Fiction short stories, Reminiscing with Alice.

And I've narrated Lagermind for the Tall And True Short Reads podcast.