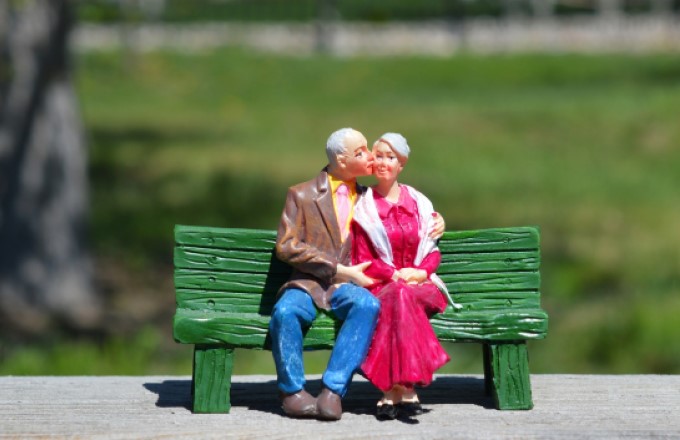 12+   The golden glow of Norman's youth was a distant memory. The passing years had added aches and pains and padding, and his soft and doughy love handles had long since served no purpose with Alice. But when he looked in the mirror, Norman recognised the man he had once been. Just wiser and more wizened.

Thankfully, his mind was still razor-sharp. Though, sometimes, Norman couldn't recall what he had eaten yesterday. There was little variety in the daily routine at the retirement home, and details like meals were hard to distinguish. However, his long term memories sustained him.

Norman had grown up in the country, where the days were hot and dry and nights silent and still. University had opened his ears and eyes to the noise, lights and opportunities of the big city and Alice.

"Do you remember when we met, Alice?" Norman reminisced. "You walked past me at that uni party and I caught a scent, your delicate perfume. I turned and complimented you, and you told me to stop being fresh." Norman laughed.

Theirs was not a whirlwind romance. The lovestruck boy from the bush had much to learn about a modern, liberated woman. Alice rebuffed Norman's early advances, firmly explaining she wanted a career, not marriage and children.

However, Norman had patience born of a country upbringing, with its cycles of drought and plenty. He waited, a good friend on the sidelines, for the right moment to go down on one knee and offer Alice a heart-shaped diamond engagement ring.

"Remember what you said, Alice? No!" Norman chuckled. "And when you saw how sad I was, you changed your mind and said, Oh, okay, yes, but let's not rush into having children." He chuckled again.

After marriage, Alice and Norman continued pursuing their careers. Their life wasn't all work. They socialised on weekends, enjoyed annual holidays, and were a favourite aunt and uncle to an ever-expanding brood of nieces and nephews. And then, out of the blue, Alice suggested they start a family. For the first time, Norman understood the true meaning of being "gobsmacked".

But it wasn't to be. Months and years passed, and Alice didn't fall pregnant. There was no IVF back then, though there were fertility tests. And these eventually revealed Norman was, as the doctor put it bluntly, "shooting blanks".

"Remember how you cheered me up, Alice?" Norman asked. "You said we'll have to be satisfied with being the best aunt and uncle in the world." He smiled at the memory.

The years flew by, the nieces and nephews grew up, Alice and Norman retired, and entered their "third age". There was golf and gardening and long-planned overseas travels. Time marched on remorselessly, and they celebrated their golden anniversary in the retirement home.

Norman enjoyed reminiscing with Alice. His memories flowed sweet and smooth like honey, but they could be as thick as honey, too. Norman couldn't recall what he had eaten yesterday. Nor why Alice wasn't answering his questions.

With thanks to ErikaWittlieb from Pixabay for sharing the image of an elderly couple on a park bench.

Reminiscing with Alice was my June 2021 entry for the Australian Writers' Centre's monthly writing competition, Furious Fiction. Feedback on social media over the Furious Fiction weekend was that the month's brief for the 500-word short story was challenging. It had to include (word for word) the following SEVEN descriptions at any point in the story body:

GOLDEN GLOW gave me the opening sentence for my short story, "The golden glow of Norman's youth was a distant memory". And from here, the bulk of Norman and Alice's story and the brief fell into place.

THICK AS HONEY proved a *sticky* description. However, by using it to describe Norman's memories of his life with Alice, which "flowed sweet and smooth like honey, but could be as thick as honey, too", I had my story and a poignant ending.