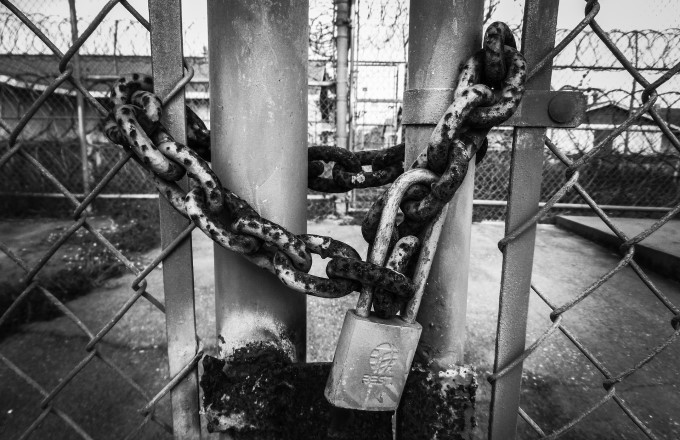 Welcome to the Lucky Country

12+   The group trekked for several weeks over rough terrain to reach the border town. On the way, they pooled their meagre resources and precious reserves of e-credits and cash to buy food and water. And begged when these ran low.

Finally, they arrived exhausted and hungry at the border and found no orderly queue for visas. Instead, there was a desperate mob of refugees, like themselves, clawing at the razor wire-topped fencing, pleading with armed guards to open the padlocked gates.

The smuggler who had approached them on the dusty outskirts of town had warned the group this would be the case and showed them an alternative on his map.

“You can cross the border here,” he said, pointing to a bend on a windy line that meandered from east to west on the map. “It was once a river, but hasn’t flowed since the Climate Catastrophe.”

The group winced collectively at the mention of the human-induced epoch. The Climate Catastrophe had wrought so much pain and misery on them and on the world.

“However,” the smuggler cautioned, “the banks are steep and you will need rope to lower yourselves onto the dry river bed. One of you must go last and scramble down with the rope. Stay low, keep quiet, and cross only at night, when the moon is low on the horizon or hidden behind clouds.”

The smugger traced his finger along the line to another bend. “Someone will need to climb the far bank here and tie the rope for the others. Leave no trace of your crossing, including the rope,” the smuggler warned. “If you evade the border patrols and drones, head to the nearby hills, and stay there for two nights in the caves in the hillsides.”

“On the third night,” he continued, shifting his finger to a straighter line bearing north on the map, “follow this old road to the city. A derelict drain runs beside it. Hide in the drain if you hear the drones or patrols.”

Some in the group looked ill at the thought of capture by the border patrols.

“When you reach the city, search for fellow refugees in the ghettos. If you are lucky, they will help you.” The smuggler stepped back and folded the map. “Now, pay my fee, and I will give you a copy of this map. It’s your only chance,” he said, nodding at the refugees pressing against the border fence. “Unless you want to join the queue.”

There was a brief murmur of discussion and mutual assent within the group. And they rummaged through their belongings for e-credits and worn banknotes. But one couple shuffled away, unable to afford the smuggler’s fee.

None of the group had ever dreamed of becoming refugees. And all had once lived safe and comfortable lives as families and communities. During the week, they had worked in blue and white-collar jobs or performed domestic duties, and their children had attended schools. On the weekends, they went shopping and watched sports. And every year they holidayed in the country or overseas.

Yes, they had all had their ups and downs. However, on the whole, everyone had been happy and contented with their lives. And they had dreamed of even brighter futures for their children and eventual retirement for themselves.

The global Climate Catastrophe had triggered the Second Great Depression. Suddenly, there was no work, schools were closed, shop shelves were empty, and no sport. Armed gangs roamed the streets, defying government crackdowns and curfews and looting. And, as had happened during the COVID Pandemic, nations, states and regions turned isolationist and shut their borders.

Rumours filtered back from family, friends and neighbours who had fled early of better lives and opportunities on the other side of the border. There was shelter and work and food in the shops and schools for the children. There was hope. So, individuals and families left their homes and became refugees. And they followed the well-worn path to the border, travelling in groups for protection from marauding gangs.

“Here is the map,” the smuggler said, pocketing the group’s payment. “Haggle at the market for rope and provisions before setting off. But first, commit the map to memory, and then burn it, ” he told them. “If the police or border patrol find it on you, this route will be closed forever, to you and to those who follow you.”

The smuggler walked away towards the outskirts of town again to seek new customers. The group passed around his map, memorising the details, before burning it as instructed.

They were about to head to the market when there was a commotion at the border. The group looked over to see a refugee had scaled the fence and was trying to climb over the razor wire. Others started to follow him.

The armed guards shouted and fired warning shots. The refugees kept climbing. And then the guards lowered their rifles and fired again. There was screaming, and bloodied bodies fell from the border fence, except for the first refugee who hung lifeless from the razor wire.

The group turned and joined the mob of refugees running away in panic from the gunfire. No one noticed the irony of the bullet-pockmarked sign spanning the border gates: “Welcome to the Lucky Country”.

With thanks to Jody Davis from Pixabay for the locked gate image.

I wrote an earlier and shorter 500-word version of this short story for the Australian Writers' Centre's monthly Furious Fiction in April 2021. The competition brief was:

I didn't win or make the short or long lists for Furious Fiction April, but I shared The Lucky Country on Tall And True. And then, later in May, I saw an ad on social media calling for submissions for The Big Issue Fiction Edition 2021.

Before the dust had had a chance to settle on The Lucky Country, I was reworking it. The Big Issue brief allowed for a longer word count, so I added to the back story of my protagonists, the group of refugees hoping to cross the border for a better life.

And I retitled the story Welcome to the Lucky Country to underscore the stark contrast between the group’s dream and reality.

As for the fictional Lucky Country, I borrowed an idea from Terra Nullius by Claire G. Coleman. But no spoilers, you’ll have to read her book - which I highly recommend. (Amazon affiliate link.)