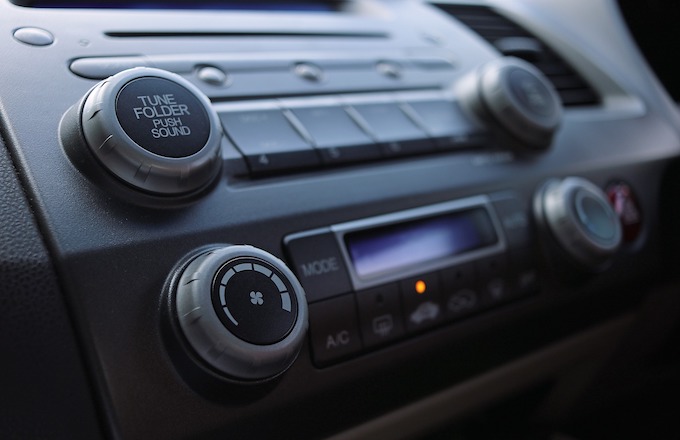 A Song on the Radio

18+   Elliot parked at the side of the road close to the beach. He grabbed a brown-bagged bottle of tequila and the lemon and salt shaker he'd pinched from the restaurant where he worked as a kitchen hand. Tie a Yellow Ribbon Round the Ole Oak Tree was on the radio, and Elliot turned it up loud to hear it over the breaking waves.

He set the lemon and salt shaker on his work apron on the sand and sat beside it, cradling the tequila. Elliot recalled his mum singing along to Yellow Ribbon in the family car when his dad was still around. As a kid, he thought it was about the American hostages in Iran.

"Was that thirty years ago? Nah, more like forty!"

His dad left, Elliot grew up, and, as his mum put it, he "went off the rails". Drink, drugs, more drugs, and then stealing to support his habit. Jail taught Elliot the true meaning of the song.

"They forget us on the outside."

He met Gail in rehab. She was thin and hungry-looking, her arms pockmarked by needle scars. With her dark-ringed eyes, she looked like she hadn't slept in months, or maybe years.

But it was Gail's smoky voice that captured Elliot's attention and heart. He loved hearing her talk in the rehab circle. And for some reason, Gail liked listening to him, too, perhaps because they shared similar stories: broken homes, drink and drugs, jail.

They became lovers and vowed to go straight for each other. But Elliot kept going off the rails.

He dropped his head, shook salt onto the back of his hand, chewed off a chunk of lemon rind and cracked open the tequila. Lick, swig, suck. Lowering his hand, Elliot stared at the age spots above the salt lick, marking his skin pigment and the passing of time. His last stretch had been three years. Life stands still on the inside, but not on the outside.

Elliot searched for Gail as soon as he got out. He left voice messages and texted her. And first thing every morning, he pressed the message app icon on his phone, hoping to see an overnight response.

Elliot stood and skolled the tequila without the salt and lemon, savouring the burn, before throwing the empty bottle into the sea. He waited for the splash.

"Bugger a hundred yellow ribbons, Gail. I'd settle for one."

Elliot turned away from the beach. He knew life wasn't a song on the radio.

With thanks to NoobInNature NIN for the image of the car radio from Pixabay.

I wrote A Song on the Radio in April 2020 for #FuriousFiction, a monthly 500-word short story competition run by the Australian Writers' Centre. The brief for April’s story was that it had to begin on THE SIDE OF A ROAD, and include a SPLASH and the words APRON, PIGMENT, RIBBON, ICON, and LEMON, the first letters of which spell, April.

A Song on the Radio was my first attempt at #FuriousFiction and it was timely because it coincided with the first full weekend of COVID-19 lockdown in Australia. As I later wrote in a Tall And True blog post on the experience, I typed in the brief and stared at it on my otherwise blank computer screen. It felt like a Rorschach test, only with words instead of inkblots. But slowly my writer's eye discerned shapes in the random pattern:

A car pulls up and parks on THE SIDE OF A ROAD, near a beach. There is the SPLASH of waves on the shoreline. And a bottle of Tequila, with salt and a LEMON (lick, sip, suck). An APRON is spread on the sand. And, of course, harking back to a song on the radio from my youth, there's a yellow RIBBON, tied around an old oak tree.

A pattern was forming, but who could I weave it around? The Tie a Yellow Ribbon song suggested characters and a storyline. A recently released prisoner, Elliot. In my story, Elliot's been in and out of jail and is now working as a kitchen hand (hence the apron). And the Yellow Ribbon love interest? Gail, whom Elliot met in rehab between stretches in jail.

As for the remaining words in April's brief, age spots mark the skin PIGMENT of Elliot's hand, above the Tequila salt lick. And he lost contact with Gail during his last long stretch in jail, because as I wrote, "Life stands still on the inside, but not on the outside." Every morning Elliot checks his phone's message app ICON, hoping to see an overnight response to his calls and texts. But he knows life’s not a song on the radio.

I didn't win first prize, make the shortlist or even the long list for April's #FuriousFiction. But I still enjoyed writing A Song on the Radio, a welcome creative diversion from COVID-19 lockdown.

Update October 2020: I reworked this short story when I released A Song on the Radio as an episode on the Tall And True Short Reads audio fiction podcast.

In the original #FuriousFiction version, I quoted Tie a Yellow Ribbon lyrics in the parts where Elliot sings along with the song. I was concerned about the copyright implications of this in the podcast (and potentially in the story), so I changed Elliot's "sing-alongs" and made them "reflective conversations" with himself and Gail.

The edits made it a shorter short story (440 versus 500 words). But hopefully, the underlying references and homage to Tie a Yellow Ribbon still come through, like a song on the radio.