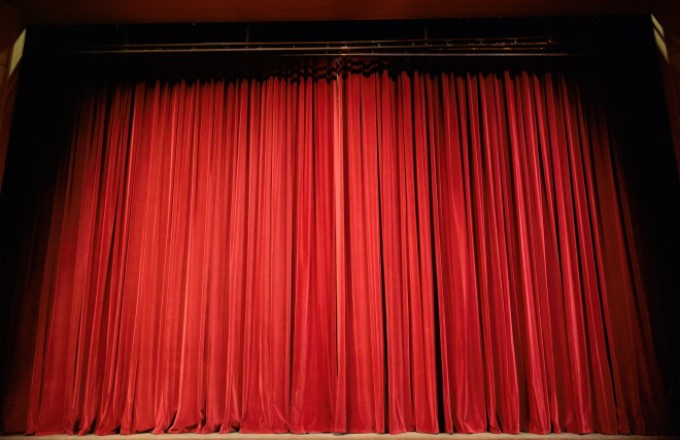 12+   Three minutes into the performance, and I stifled a yawn. Crammed in the front row with a clutch of fellow bored hacks, I hoped no one had noticed. However, the acclaimed actor and playwright and recently appointed head of NATS, Barry Lazarus, turned and fixed a beady eye on me from centre stage.

"Are we keeping you awake, Mr— I'm sorry, I don't recognise your face?" Lazarus's famous baritone voice boomed in the near-empty rehearsal theatre while my unrecognisable face burned beetroot red.

Lazarus stepped to the front of the stage and, drawing himself to his full height, glared down at me. "I recall reading the Standard, Mr Smith, back when it employed journalists who could string together sentences without ahhs and umms." My so-called fellow hacks tittered beside me. "And who reviewed rehearsals of new and important plays without yawning!"

Rumour was the PM had coaxed Lazarus home from overseas to head and turn around the fortunes of NATS, the National Arts and Theatre School. The school's first performance under Lazarus's stewardship would be a play he'd written and in which the great man himself acted in the lead role. Despite my protests, the editor had told me it was newsworthy and that I'd drawn the short straw to cover the dress rehearsal.

"Perhaps you would like to read a part for us, Mr Smith?" Lazarus enquired. "It might help you appreciate the message of this play, behind the flowery words which seem so soporific for you." I squirmed in my seat, and there was more tittering beside me. Lazarus swung his laser beam glare along the front row and silenced it. He threw me a script.

"Page 10, Act 1, Scene 5, a dialogue between an uncouth youth, Tommy, and a wise mentor, whose sage advice he foolishly rejects. I will, of course, read the part of the mentor."

Lazarus stepped back and cleared his throat. I opened the script to page 10 and, with relief, saw Tommy only had one line. I followed Lazarus's example and cleared my throat, determined not to ah or um or cause further embarrassment and laughter in the front row.

TOMMY: "I don't know why you're so suspicious of me."

Without a script, Lazarus launched into the role of the mentor. He strode back and forth on the stage as if he owned it, gesticulating expansively and delivering lines with power and gusto. Like the student actors and my fellow hacks, I couldn't take my eyes off him during the performance.

And then, as sudden as dousing a spotlight, the scene was over. Lazarus towered above me at the front of the stage again. "In future, Mr Smith, drink coffee before attending rehearsals and let a play develop before you yawn."

I nodded dumbly and handed back the script. Lazarus returned to the cast, who applauded him. And I picked up my notebook and wrote, "Barry Lazarus is magnetic on stage."

With thanks to Christos Giakkas from Pixabay for the image of the stage curtain.

I wrote The Performance in February 2021 for the Australian Writers' Centre's monthly 500-word short story competition, Furious Fiction. The story had to:

The definition of SCHOOL was flexible. It could be an educational institution, a school of thought, or a school of fish.

I toyed with the latter idea for a while, beginning a draft story with “Three fathoms down”. But then I switched to something sci-fi-ish, with “Three parsecs out”.

And by a circuitous route, which I can’t explain, this led me to write the line, “Three minutes into the performance”. I had small parts in amateur plays when I lived in England. And I know there’s nothing worse than being caught yawning by a director during a rehearsal. I've also seen powerful performances on the stage that have shaken me awake.

Suddenly, I had my story set at the National Arts and Theatre School. The school is rehearsing its first performance under the stewardship of the acclaimed actor and playwright Barry Lazarus. A young (caffeine-deprived) journalist draws the short straw to cover the dress rehearsal. And Lazarus spots him yawning in the front row. He invites the journalist to read a part in the play and see beyond its “soporific” beginning.

As for the adjectives, I trust you didn't yawn and miss them in the story?