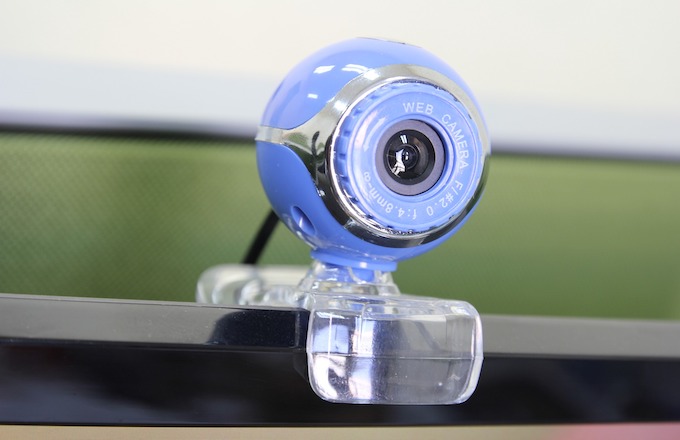 12+   FIVE logged onto their first Zoom meeting. "Right-o, can everyone hear and see me?" asked Julian, who, as the leader, had scheduled the meeting and emailed invites, with help from his clever-clogs cousin, George.

George responded with a curt nod of her short-cropped head. "Do you like my background, Julian?" she asked, thumbing over her shoulder at a green-screen panorama of Kirrin Island.

Julian was about to respond indifferently when another voice cut him off. "Woof!"

"Well, Timmy likes it," chipped in his sister Anne, though no one could see her.

"Anne, you silly girl, something's wrong, we can't see you," said Julian in an exasperated tone.

"Oh, sorry," apologised Anne, as she suddenly appeared all rosy-cheeked. "I was laughing so much at Timmy, I forgot."

"Woof," said Timmy, and everyone laughed, except for Julian. George had set up an iPad beside her so Timmy could join the four cousins on Zoom.

George scowled fiercely down her webcam. "Julian, we've talked about this, we can't go camping during the lockdown."

"George is right," agreed Anne, with a frown. "We don't want to get sick or break the law."

"Oh you girls, you're always sticking up for each other," said Dick, defending his big brother.

Julian seemed rather cross and was talking, but no one could hear him. Dick and Anne looked confused, Timmy woofed, and George shook her head.

"We've lost your audio, Julian," she told him. "Check if  you've clicked mute."

Everyone watched as Julian glared down at the icons on his screen. He disappeared from view, reappeared, and then they heard him swearing, quite rudely.

"I meant to say, blast it," said Julian, feeling hot and bothered.

As the oldest, Julian had always been the best at everything. He could mend punctures, put up a tent and row a boat better than his younger siblings and cousin. He even beat George swimming off Kirrin Island last summer holidays, and she was a jolly strong swimmer, for a girl.

But dash it all, everything was topsy turvy at the moment. What with coronavirus and lockdowns and not going camping and not seeing grandparents. Julian felt tears welling up in his eyes. Blast it!

Julian realised everyone, including Timmy, was looking at him, waiting for an answer. He was their leader. What should he say?

Julian blinked and cleared his throat. "I think we should meet again next week. George, you're better at this Zoom thing than me. Please take my place and email the invites."

The screens went blank. George smiled and reached down to pat Timmy. "Perhaps there is a silver lining to this wretched virus?" she said, and Timmy woofed.

With thanks to M Ameen for the webcam image from Pixabay.

I wrote Five Meet On Zoom for #FuriousFiction, a monthly short story writing competition run by the Australian Writers' Centre, in May 2020. Held on the first weekend of the month, writers have 55 hours to write a 500-word story based on a brief set by the Writers’ Centre.

For #FuriousFiction May, the first word of the story had to be FIVE, and it had to include something “being replaced” and the phrase “a silver lining”.  My boyhood love of Enid Blyton's Famous Five books inspired Five Meet On Zoom. And our socially isolated times, where it seems everyone is meeting via Zoom, even the family dog.

Julian, struggling with technology and lockdown, hands his leadership role to his “clever clogs cousin”, George. And on replacing Julian as the leader of future Zoom meetings, George comments to Timmy-the-dog, "Perhaps there is a silver lining to this wretched virus?"

I didn't win, nor make the short or long lists for the May competition. But I had fun with Five Meet On Zoom, especially as on the same furious weekend of writing, I wrote a blog post about my first #FuriousFiction in April.

Perhaps as George observed, there is a silver lining to the coronavirus lockdown? More time to write!