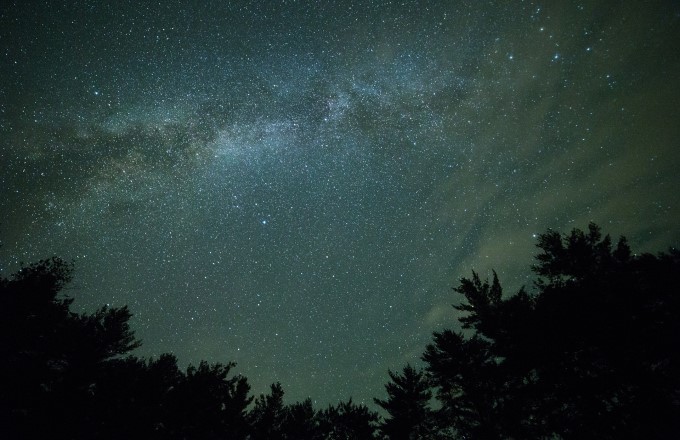 Signs of the Second Coming

12+   At primary school in Perth, Western Australia, in the 1970s, I had a teacher who was also a lay preacher on the weekends. Before schoolwork, he started the day at our (supposedly) secular state school with the Lord's Prayer and gospel readings. And his favourite scripture topic was Signs of the Second Coming.

Whenever natural or man-made disasters struck some far-flung place in the world, our teacher greeted the class the next morning with a beaming face. "Did you hear the news about the earthquake —flood—fire—drought— famine—war?" he'd ask enthusiastically. "Disasters," he informed us with a saintly smile, "are Signs of the Second Coming."

The Second Coming became a school playground topic, too. One classmate joked he hoped it wouldn't happen before he grew up and played Aussie Rules footy for Perth. But unlike my classmate, I was a nervy kid. And the daily gospel readings and our teacher's zealous reporting of Signs of the Second Coming spooked the eleven-year-old me.

I dreaded news of disasters on the evening TV. And each night before going to bed, I'd pop out to the backyard and scan the dark Perth skies. If I spotted a falling star ("Another Sign," the teacher gleefully told us), my panic soared. And I'd lie awake in bed, unable to sleep for fear the Second Coming was upon us.

The teacher reassured the class gospel readings had saved our souls for a beautiful eternal life. But not so for non-churchgoers — like my family. "With the Second Coming," he explained, "non-believers will be despatched in the blink of an eye to burn for all eternity."

Later that year, my family moved house to another suburb, and I moved schools. In my new secular state classroom, we still started the day with the Lord's Prayer (it was the 1970s), but there were no more gospel readings. I soon stopped worrying about Signs of the Second Coming. And with the onset of puberty, I started worrying about other things, like girls.

The 1970s and Perth are distant memories. The nervy eleven-year-old is now a sceptic sixty-year-old living in Sydney. My old primary school teacher, the lay preacher, must have "moved on", too. Perhaps he's enjoying a beautiful eternal life with his Maker?

Recalling the needless fear of my schoolboy days and observing the world with weary middle-aged eyes, I hope my old teacher's thought to ask, "Why do you keep sending Signs of the Second Coming?"

With thanks to Pexels for the dark night sky image from Pixabay.

A Facebook post from 2011 popped up in my timeline memories in March 2021. The post was titled "Signs?" and was the brief tale of one of my primary school teachers, a lay preacher, who started each day at our secular state school with gospel readings. And how he greeted the class excitedly the morning after any news of disasters because these were "Signs of the Second Coming".

As I related in the post, his daily gospel readings and tales of the "second coming" spooked the eleven-year-old me. And my fear only abated when I moved schools and headed into my teens and had other things on my mind.

I don't know why I wrote the "Signs?" post in 2011. But reading it in 2021 brought back memories of the panic I had felt as a boy, seeing a falling star in the dark Perth skies. And as Graham Greene said, "Writing is a form of therapy", which is why I wrote this short story.

The writer, John Banville, also observed, "Memory is imagination, and imagination is memory. I don't think we remember the past, we imagine it."

Some parts of Signs of the Second Coming are from my memories (or imagination, as Banville would describe it). And other parts are my writer's imagination and licence. I leave it to the reader to separate fact from fiction in this short story. And to decide if the memories of an eleven-year-old boy are pure imagination.

You may also like to read this memoir piece on my Perth Boy's Perspective on the Vietnam War.